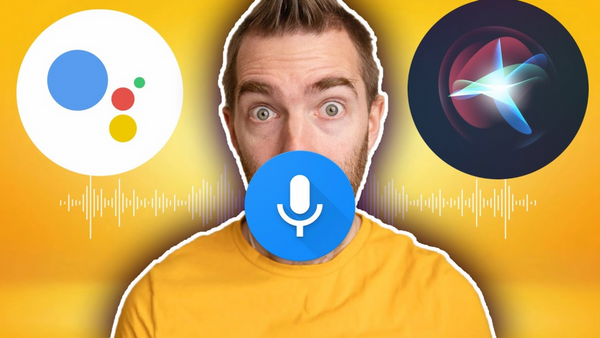 Which one is the better voice assistant? Is it Apples Siri? Or is it the Google Assistant?

This post is following on from a 2020 version of a video from Mr. Whose the Boss and one from MKBHD himself. Just before we get our hands on iOS 15 and Android 12, In this post I'm going to ask each assistant 60 questions and if they produce a satisfactory answer, it gets one point. If it doesn't give me a good response, or it takes ages - it won't get a point.

Nice and simple, so let's start with the Maths section.

Now divided by five. Now multiply that by 999. Convert 25 ounces to grams

Ok, now we'll see how good the assistants are at controlling their own devices.

Pretty head and head so far to be fair, so let's just ask for some general internet queries, most of the stuff that we do actually ask our phones on a day-to-day basis.

3. What's the weather this time next week?

4. Play Never Gonna Give you Up by Rick Astley

5. Tell me a fact about Rick Astley

6. Who is the current US president.

8. Does he have children

10. What time do Frankie and Bennies close?

11. Show me restaurants in London

12. Show me the highest rated Chinese restaurants in London

14. Did England win the Euros?

16. Make a reservation at the theatre royal

18. Tell me more about rush hour

That's the general web search done with again, fairly even results but with Google just inching ahead.

Now we're going to look at using voice to control inside of apps on each phone and see how they stack up.

2. Which of them had cats in them?

3. Set an alarm for tomorrow at 9am

4. How far is it from New York to New Jersey?

6. Open the camera and take a selfie

7. Send it to James Aslett on Whatsapp.

11. Send an email to Nigel Moore

2. That's not how you pronounce it

6. Tell me something good

7. Show me an inspirational piece of music

8. Recommend me a great vacation spot

9. Start a timer for 5 minutes

1. Turn on the boy's room lights and make them blue

2. Turn off the lights

3. Turn on the lights in the kitchen

4. Now turn them off

5. Play songs by Muse in the Boys Room

6. Watch Guardians of the Galaxy 2 on Netflix

9. Is my front door locked?

10. What's the temperature in the spare room?

Finally, a wrap battle...(this would come across so much better if you head over and watch the video)

Haha! There we have it from the tests with Google scoring higher than Apple's voice assistant.

However what I have learned which still mirrors what Mr. Whose the Boss found on his test in 2020 and Marques in 2017, is that whilst Apple is very good, it still just isn't as good as Google.

For example, ask Siri to show you any show on Netflix, and it struggles, instead, it shows you some Apple TV list of shows first, even though it tells you that it's only available via the Netflix App.

That's not to say that it can't open Netflix, because you can open Netflix with just your voice. That just leaves us with Google, which, given that I'm an Apple Fanboy, is really impressive.

Google voice assistant is really fast, seemingly much faster than Siri, and you can talk to it with contextually aware sentences, which means you can continue a near-conversation without having to repeat what or who you are talking about.

It's still improving year on year, and it will be interesting to re-run this test when iOS 15 and Android 12 both hit general release.

Consider subscribing if you found this post useful, that would be amazing. Next up watch this comparison of the best Cloud Storage you should be using for all of your photos, or watch this one which YouTube thinks you like the most. Thanks for reading!