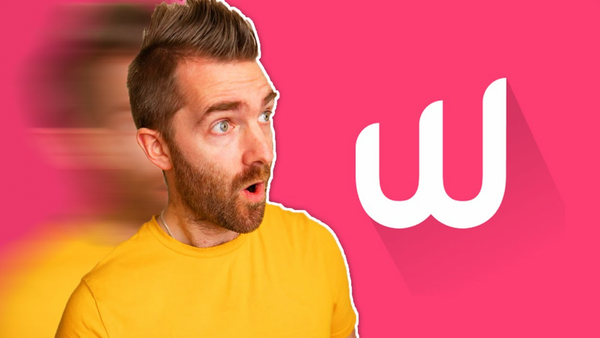 Back when I did my big comparison against all of the 'well-known' VPN providers, there was by far one standout winner from the pack, which was Surfshark.

But today we're going to look at a new kid on the block, WeVPN who launched in March of 2020, and who has a neat list of features that rivals its competitors and perhaps even beats them with a much more modern way of doing things.

So, let's take a look at WeVPN and why you need to be using it, like, right now.

Firstly, if this is your first time here then hey my name is Pete, and on this website, we help busy entrepreneurs find the best tech, be productive and stay safe online. If you like this kinda content, maybe consider subscribing to my YouTube channel.

THE PROBLEM WITH FINDING A GOOD VPN

The biggest problem with the multitude of VPN Providers is that it's quite difficult to see through the mud because every VPN service has an affiliate scheme that incentivises people to say how great they are so they can earn money off the back of people signing up to their service.

This is why I did my big comparison earlier this year, which ran through some actual real-world tests to see which one really offers the best service.

If you search for 'best VPN' online, you'll just find a bunch of comparison websites, mostly that list the VPN providers with the biggest affiliate payout as their number 1.

having said that, there will be an affiliated link down below to sign up if you read this and decide you want to sign up - or not, it's your choice. But this post isn't sponsored and you'll see the tests I run are proof alone of what I think about this service.

WHY YOU NEED A VPN

If you are browsing the web using public wifi, in a hotel, or even in your very own home, then other people can see what you are doing. They can see what websites you are looking at, what files you are downloading, and even what content you are streaming. Do you really want people to see that? Would you, would you really? Well, what if your mum saw that? What about now?

Reason 1 for using WeVPN you can protect yourself from anybody else seeing all the cat videos you're watching.

Without getting technical, it does really well on the security side of things and uses good encryption, and they are also possibly the most open about their security and privacy on their website, that I've ever seen. They even go as far as to list all of their owners and C-level management names and their background on their public website.

They are also not in the 14 Eyes, which basically means that they don't collect, analyze or share intelligence between the other member countries. If you're using a VPN and care about your privacy then you'll want to find a VPN that isn't in the 14 Eyes.

Oh, and they also take cryptocurrency as payment if you want to stay anonymous.

Reason 2 or maybe 3 for using a VPN, is particularly for those of you who travel, or want to access streaming content in areas outside of that which is permitted. You can use WeVPN to connect so that you can watch say, BBC iPlayer whilst you're abroad, or maybe you want to see the US or UK Netflix selection instead. From my testing, this works really well and their website is actually, pretty damn good in telling you which services you'll be able to use and from each specific country! Damn, that's useful!

Going back to my last VPN Comparison video where Surfshark took the win with the UK to UK at 600Mbps. UK to France 500Mbps, UK to US 2-400Mbps, UK to Australia 140Mb, and UK to New Zealand 140Mbps, where does WeVPN compare?

UK to UK, it almost Maxed my 1Gb Connection out, in fact, it didn't even have time to ramp up to full speed but it hit 920Mbps just before it finished.

That is by far the best result I have ever seen on any VPN service, ever.

If speed is important to you whilst working on a VPN, then hands down - just, Wow. WeVPN is the one for you. Going forward I'm going to be using WeVPN after just those tests alone.

The client is also pretty nice too. It looks modern, it's clean and simple and that runs right through to the settings panels too. It works well across Mac, Windows, Chrome and has apps for ios, android, FireTV, and a few others.

Other than that, there's not a huge amount more to say. WeVPN is definitely the fastest VPN service that I've tested so far. It's very open about its security and privacy and checks pretty much all the boxes.

Pricing wise it's in line with all of the other VPN providers, for just around $2.59 per month for 2 years plus 3 months free, and I'll leave a link down below to sign up for that too if you come to the same conclusion as me and WeVPN.

With that said thanks for reading, next up go watch this VPN Comparison video which runs through most of the other big names in VPN to see how it stacks up.