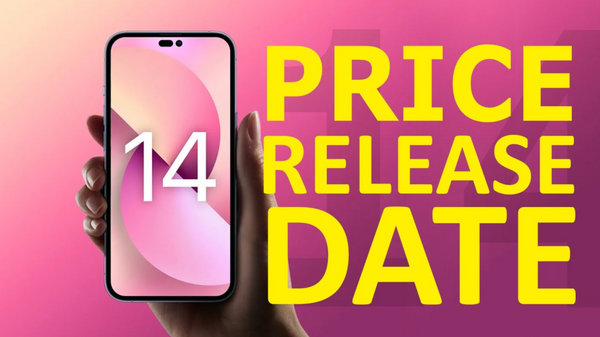 Today we’re going to look at what those improvements are, as well as catch you up on the latest information around the release date and price for the iPhone 14 Pro.

One area where Apple doesn’t really compare when it comes to its competitors is the comparative battery size to the size of the phone it’s in, and it charges much slower than other phones too.

The iPhone 13 Pro, for example, has a 3095mAh battery. Even the top-spec iPhone 13 Pro Max, a model that in our own tests lasted the longest out of absolutely all of its competition, and one you can expect a couple of days of real-world usage without needing to charge it, that model still only has a 4352 mAh battery.

Even with a smaller battery though, the iPhones tend to last around 20 to 25% more than their flagship rivals, and that is purely down to how efficient Apple is in utilising that battery with the latest available technologies.

Having 5G on your phone definitely affects your battery power, so when news broke that Apple is using a new Snapdragon 5G chip in the iPhone 14 range, which then offers improved battery life when using 5G and newer Wi-Fi 6E Standards, that piqued my interest.

As far as the reports go, Apple will be using the Snapdragon X65 Modem, which uses a 6nm process and provides a physically smaller component with lower power consumption.

A smaller chip, also means there is more space for a bigger battery, and these two parts combined have the potential to give you a further 10 - 15% better battery life on a phone that is already leading the way when it comes to efficiency.

Further to this, 2022 is the last year where Apple are going to be using a third party 5G Modem in their phones, as an announcement at Qualcomm's Investor Day stated that they would be expecting to supply just 20 percent of Apple’s modem chips in 2023, which would suggest that Apple would be in a position to use their own chips in the flagship 2023 iPhone models.

This isn't the first time Apple has taken the lead, when they believe they can create a better product themselves, than their competitors. In 2020, Apple stepped away from using Intel chips in their range of Macbooks, and in the following years are slowly working their way through upgrading all of their devices with the new Apple Silicon chips. With chips that are more powerful, and offer a huge boost in battery efficiency that has left the likes of both AMD and Intel scrambling to match, let alone beat.

So that’s the battery upgrades out of the way, what about the pricing and release date?

Now of course one of the biggest challenges that we will be facing with this year's iPhone models and tech, in general, are the chip shortages, which are affecting pretty much every tech product around us right now.

Based on the information we know so far, the iPhone 14 Models are expected to be released at the end of September 2022.

How do we know this?

The easiest thing to look at is historic prices.

iPhone 12 did have an unusual release date, but that was due to Covid having an impact, which pushed the iPhone 12 release date to October the 23rd.

And with the odd exception to the rule through the years, you can run right back to the iPhone 5 which was also launched, on September the 21st.

So we’ve had basically 10 years of seeing the iPhone launching with a September date, and there’s no reason not to expect the same this year.

Nice and simple, it’s basically $100 more to bump up to each model, and then of course there will be options to add more storage and chose colours, depending on your preference.